"The haunting ambience of Beat fit somewhat with the then-popular Massive Attack and Portishead, but the album's subsonic drone made it more of a minimal mood piece than a collection of songs." MAGNET The second in a trio of albums released by the core duo of Lawrence Chandler and Martha Schwendener, Beat is without doubt their definitive artistic statement. Coming 20 years to the day of its original release, this is the first time this album has been available on vinyl in almost two decades, and the first ever U.S. vinyl release. (Was released here on Beggars Banquet, original copies very hard to find..) The second album from New York City's Bowery Electric was released in late 1996, less than 15 months after their self-titled debut, but it found them having traveled light years musically in the interim, the group having seemingly decided to see how far they could take the guitar/ bass/ drums/ vocal setup into the atmosphere. Every aspect of their approach had been refined and focused: squalling, distorted guitars had been transformed into hazy, sensual sheets; the live drums transmuted to sampled rhythms more in debt to the blossoming downtempo sound of the day; bass lines reduced to their most basic diagrams; vocals submerged to become one with the narcotized fog of the instruments; even the lyrics were reduced to a few minimal lines used sparingly so as not to overshadow the dynamic. Beat is a lush and dense mantra of shadowy percussion, barely-there vocals and immersive drones that envelops the listener in an opiated blanket of sound.

"Bowery Electric have made something utterly astonishing here. So deep, so wide, and somehow as intimate as a train crash. The first six tracks are just the most crushingly beautiful thing I've heard in 1997; the last five are even better. Good god, THIS IS IT." Melody Maker

"While cymbals shower down over the songs like a torrent of shattered glass, their austere beauty is never static. Ambience has rarely sounded so messy."Exclaim 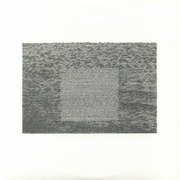