DJ Di'jital is Detroit legend Lamont Norwood, who originally joined local legends Aux 88 as their DJ in the early '90s before releasing his own jams for their esteemed Direct Beat imprint, DJ Godfather's Twilight 76 and his own Di'jital Axcess. Rawax Motor City Edition re-issue his 2013 release The Mind Of The Master II - Clone EP, originally made available in digital format but now seeing the day on vinyl. For anyone with a new found interest in the electro sound; this guy's the real deal and you need to check this out! Starting out with the breakneck aquatic electro-funk of the title tracks on the A side, the B side offerings are "Mind Of The Master II" (sounds reminiscent of early Cybotron and with clever sampling of the film Hellraiser) while "7 Interference" is for the most part a raw drum machine workout and great DJ tool. 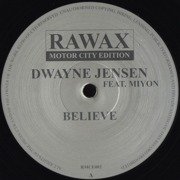 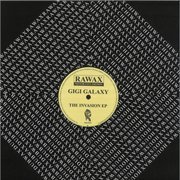