NYC Disco legend Danny Krivit returns to the editing block on behalf of seminal Miami Disco powerhouse TK Disco. With 45 years in the DJ game under his belt and having played endless gigs all over the world during that time it’s safe to say Mr.K knows exactly what he’s doing when it comes to the re-edit thing! With unprecedented access to TK’s vaults Danny has been turning in some stellar reworkings as of late and the cuts included on this latest instalment keep the quality sky high! The Ritchie Family’s sunny 1977 b-side ‘Summer dance’ is a roof raising soulful stormer of the highest degree! 100% Disco heat, a record that would have gotten numerous spins in the ‘real’ Disco clubs and dance-floors upon it’s release. It has it all - soaring string arrangements, driving percussion breakdowns and of course, top shelf vocals from Cheryl, Cassandra and Gwendolin. With those super crisp drums upfront in the mix, punctuated by orchestral stabs this edit is perfect for the DJ’s, and will be a welcome go-to cut in the booth! Don’t snooze… Wild Honey were a soul trio from Texas, here their 1976 number “At the top of the stairs” - a deep vocal track - gets the Mr.K treatment with Danny editing the vocals out and giving us a rolling, string laden stomper. With a respectful, slight rearrangement he manages to bring a new slant on this already well loved underground Disco jam pushing it into the stratosphere! Pretty heavy stuff indeed, not for the faint hearted but for the dancers! This one is sure to ignite any club lucky enough to hear it bursting out of the speaker stack! Another essential edit! Of course, Danny Krivit’s edits are always done in the proper manner, from the point of view of someone who has lived, breathed and played this music for the best part of 50 years. 100% legit re-edits, from Danny’s personal collection, remastered and released in conjunction with Henry Stone Music / TK Disco - Miami FL. 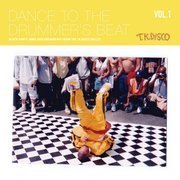 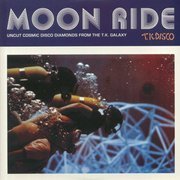 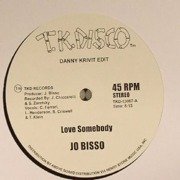 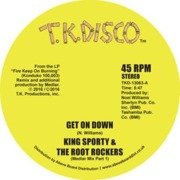