After a three year hiatus Night Sweats Music artist System Status is back with his first outing for People Must Jam. The four-track Pale & Crazy EP sees a return to the experimental uptempo sounds of UK producer Dave Rendle.The mind behind System Status and The Detroit Urban Gardening Ensemble, Dave's music on Untracked, Out Here Audio, Horn Wax and Stupid Human has caught the attention of global tastemakers such as Gilles Peterson, Phil Asher, Ashley Beedle, Alex Nut and Ross Allen as well as receiving the remix treatment from another previous PMJ artist - Inkswel.The record kicks off with the title track which is a perfect representation of Dave's music style: loose rhythms, rising pads, little quirky vocal snatches, deep chords and fantastic funky squiggly synth work. Great vibes all round! Pale and Crazy is inspired by either; one of Dave's friend's now ex girlfriend or his own ghostly complexion! Jiran Jaran - born out of a conversation that started on the dance floor at the Worldwide Festival, the question what would a half Iranian and half Japanese musical collaboration call themselves Jiran Jaran was born! Henry Wu was highly influential on this one. Janice was a late addition to the record and it is probably our favourite. Using some of the musical teachings of a well known Antipodean musician, Dave uses everything he learnt to create a truly amazing track with just enough chord progressions and melodies to make the noodleiest of Jazz musicians smile. The warm tones of his Arp Axxe shining through. We are hoping Gilles Peterson and Floating Points may get on this one. Back of the Yards is another special cut - the oldest one on the ep. A Mr Fingers inspired bass sound with more Chicago and French/Canadian influences...interesting Check it out! We are really excited to have been able to share this with everyone. Like all of our records - pressed on heavy duty 180gm vinyl. We hope you like it. 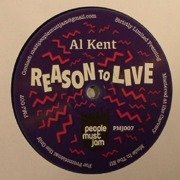 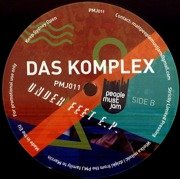