12″ whitelabel, limited to 300 hand stamped and numbered copies, Coverartwork by Utramoodem Tracklist: A1 Comin In. A2 Talk. B1 Slippin. B2 Sirius.

Schockglatze is the distillate of a longstanding collaboration between artists working across the frontiers of several forms. With audio- visual performances, band projects and international exhibitions as part of their armoury, Spänk, Nik Nowak and Moritz Stumm have been causing a stir within the art and music worlds for years. Spänk has already cooperated with a range of acclaimed vocalists including Warrior Queen, Sensational and Christoph Waltz. He forms the solid basis and is the sonic central nervous system (SCNS) for the studio productions of Schockglatze. Nik Nowak, most notably through his sound tank or “Panzer” (2011), has in recent years worked closely with musicians such as (the late) DJ Rashad and DJ Spinn, and sonic poly-math The Bug. Last but not least Moritz Stumm aka Ultramoodem, who brings to Schockglatze an inimitable rhythmicity and graphic dimension. As a graphic artist, VJ and video director he created a singular technique of synergetic audio-visual effects redolent of a hyper-voodooism, the aesthetic of which has become a signature style of Schockglatze. The Warlord EP showcases their various influences and is only a taste of the sound from ‚Heart of the Mandelbulb’ and includes a remix by Hyperdub’s Ikonika. Vital Sales Points: - already played by Kode9, Toddla T, Plastician, Kabuki, Ikonika, Scratcha DVA - airplay on Rinse FM, BBC Radio 1 & 6, Radar Radio 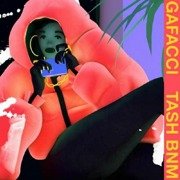 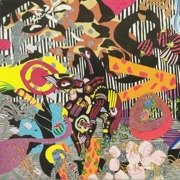