Andi and David first met in a forest beside a psychedelic castle in the wild west of Scotland and soon bonded over a love of wrong speeders, Balearic gems hidden in plain sight and the odder side of the dancefloor before DJing together just moments after Andi was unraveled from a burning tarpaulin. A firm friendship and fun partnership was born. Hailing from Mancunia but for some time an export to the USA, Andi, for many years was one of the great things about New York City. A charming, low-key individual, a great, great DJ and a graceful presence in the land of the overhyped and ego driven. Andi held down the musical supervision of Rock Star games and was responsible for a lot of great music getting out to the gaming masses. He was a vital member of Body and Soul for the best part of 15 years, delivering infamous warm up sets for Danny Krivit, Joaquin ‘Joe’ Claussell and François K, pedigree vibes… David, a music lover since birth, a record collector for more than quarter of a century and a reputation for being the first on the floor at any party. DB’s transition from dancer to DJ didn’t take too long and his selections of rare disco, oddball gems and panglobal pandemonium have seen him play back rooms, basements, festivals and freakouts throughout the land, whether running his own parties in Glasgow or playing further afield alongside the likes of Young Marco, Jayda G and Moodymann. 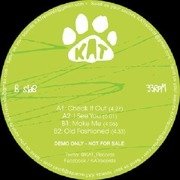 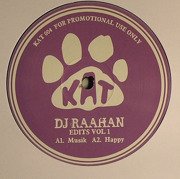 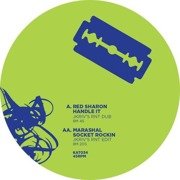