Dispensing with the straight-up dubstep of Objekt #1, the second transmission from Berlin-based Objekt betrays decidedly more techno-oriented influences. “CLK Recovery” is a peak-time banger for big rooms and big soundsystems, with a tense, sparse, three-minute intro punctuated with cavernously reverberant chord stabs before dropping into a powerful 4/4 techno workout. “Unglued” on the flip could almost be two or three tracks in one, pinned together by a wonked-up, jacking groove in the vein of A Made Up Sound. Support from Pearson Sound, Ben UFO, Pangaea, Scuba, Untold, Headhunter, Appleblim and more. 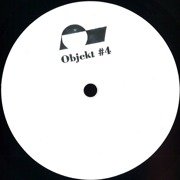