Following a typically on-point 12" from Bristol selector Admin, the Take Away edits crew turns to a previously unseen selector. We have no idea who Flapjack is (or are, for that matter), but the two reworks here are really rather good. On the A-side you'll find "Hawthorne Blvrd", a jaunty chunk of blue-eyed-soul/AOR disco fusion that sounds Californian in origin. It boasts some seriously energetic drumming, a wealth of Rhodes solos, fluid jazz-funk bass and the kind of hazy, saucer-eyed chorus vocals that make dancers throw their arms towards the heavens. Flipside "Pacemaker", a thrillingly epic, cosmic disco-era disco-rock freak-out full of densely layered, African-influenced percussion, jammed-out synths and carnival whistles, is arguably even better. 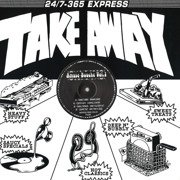 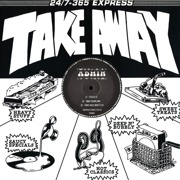