New to the NAAR stable, In:State & Giuli make their debut in stunning style.Visitoz is a straight forward techno affair, as bumping as it is surprising. Using a deceptively simple gated arp and horn to dazzlingly complex effect. The track is potentially the most peak time NAAR has gone yet, and it's an incredibly welcome addition to their canon. On remix duty Lauer takes a hold of the main arpeggio and turns it monstrous in the style of Liasions Dangeruese, yet balances this with his trademark lightness of touch and his ear for a heart wrenching synth line, creating an instant classic that feels like it was beamed straight in from 1986. "Plus 1" has been sent from a parallel dimension where the evolution of music took a turn so different that Proto Garage stands where Proto House should be. The track has the step and swagger of the most compelling end of the 2 step movement, but balances that with the surprising naivete and earnestness found in Italo, EBM and early forays from Chicago. Finishing things off, Lizards return to the label for a welcome encore following last years success with their 1st release,Tanni. 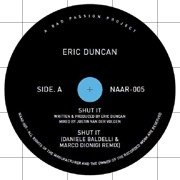 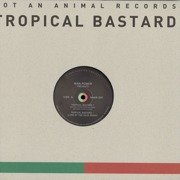