Recondite has announced his fifth album, Daemmerlicht , due out in February on his own Plangent Records. Translated as “fading light,” the new album finds the Bavarian musician exploring novel territory, combining his love of instrumental hip hop and downbeat with ambient and classical music. The result is Recondite’s most focused, meditative work yet. From the haunting soundscapes of “Lichtung,” to the cinematic beauty of closing track “Immer Da,” the album demonstrates a new level of sophistication to Lorenz Brunner’s venerated catalogue of work. Making conscious use of atmosphere and space, the album ultimately harkens to Brunner’s unique upbringing in Lower Bavaria. 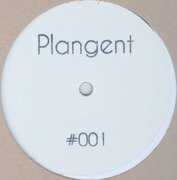