The sporadic and limited edition Especial Specials returns after a yearlong hiatus by teaming up with DEEK Recordings to bring their unique covers Covered In Gloria compilation to vinyl. Featuring label boss Bullion on A&R, production and artistic duties, alongside label favourites Thool, plus fellow luminaries Red Axes, Reckonwrong and newcomers Alaskalaska.

The premise for the project couldn't be more straight forward, giving peers and friends a free reign over who they reinterpret. Overseen by label head Nathan Jenkins (Bullion) the project is pulled together for release by DEEK as a now annual jam.

First up, the Red Axes duo just keep on keeping on. Their retake of a miss-hit from Ms K Wilde is a surprise catch and the reposte to the often strained, cooler-than-thou machinations of the music scene. It's the groove and that makes you moove.

Next is the highly talented, but still underrated Thool with their stunning Francophile take of Joe Jackson's classic Stepping Out. A mix of pop perfection and Balearic love. The side closes with art-pop exposers, Alaskalaska, giving Edwin Collins' career returning hit a warm twist and hip-shake that is hard to resist.

Of course Mr. DEEK is here somewhere and Bullion's cover of J.J.Cale's ode to forgetting life's troubles heralds exactly why Covered In Gloria works. A perfect marriage of respectful update, killer production and song-craft, fun and letting it all hang out. To close then comes another of London's rising natural talents. After stand out releases for Pinkman and Whities, here Reckonwrong turns it all on its head with his warped reversion of Berverley Craven's torchbearer. I'll be right here waiting. 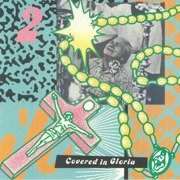 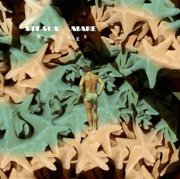