Going Good kick off 2018 with a new release on Counter 99 records, following on from Hashman Deejay debuting his ‘Studio Mody’ moniker as the first release on the newly formed sideline label headed up by Salik, comes the second release by Going Good favourites E. Corre and S. Letelier (Nummer) under a new alias ‘Detroit Syndrome’... The label is keeping to the 3 track, low key presentation of the first release, with the focus being directed towards the music and continuing with a series that attempts to bring out a style that the artists may not necessarily be associated with. The direction given to the artists from the label is simple - do whatever you like, with the dance floor and longevity of music in mind. 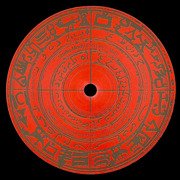