Art Alfie inaugurates his Velvet Pony imprint with a four track EP. The new label will function as a platform for the artist and his friends, shining light on a catalogue of music from the Stockholm scene. Having built a strong reputation alongside Mr. Tophat with a string of revered releases on the duo’s Karlovak imprint, Velvet Pony signals the opening of a new door for Art Alfie. The project arrives after a highly acclaimed album on Studio Barnhaus, as well as his first solo EP on Karlovak last year - on which the underground hit ‘Flaunting’ was featured. ‘Velvet Pony Trax 1’ sees Art Alfie brandishing his immaculate production technique over 4 distinct grooves. ‘Soft Spoken’ takes us to the twilight zone with low slung bass riffs and jazzy chords, whilst ‘Since I’ve Seen you’ offers a dubbed out dose of twisted disco for the after-hours. On the B side, ‘Hideouts’ pairs hypnotic percussion with an undeniable funk, and ‘Front’ - a co-production with Ma°ns Glaeser - raises the heat for an energetic finish. 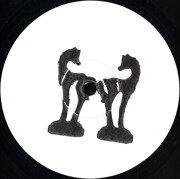 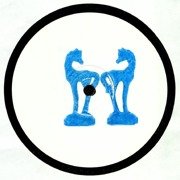