On his fifth full length - and first solo effort for six years - German veteran Oliver Huntemann shows few signs of mellowing with age. From start to finish, Propaganda is an exercise in late night dancefloor dynamics. While there are occasional moments of heady beat-less contemplation, for the most part the album is an invitation to get lost in the producer's dark and woozy world. That means that hypnotic techno rhythms, booming basslines, weird noises and clandestine chords dominate, with Huntemann choosing to showcase his numerous influences (electro, dark ambient, Kraftwerk, film soundtracks, industrial music and Red Rackem's "Wonky Disco Bassline Banger", for example) within this rigid formula. The results are quietly impressive, with Huntemann serving up a string of solid club tracks for DJ use. 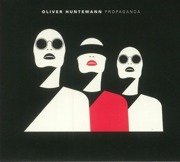