Vril is Giegling's most recognised artist along with the dual production personality that is Prince Of Denmark/Traumprinz. Originally from Hanover in Germany, Vril has been a mainstay of the Weimar label's many projects since surfacing on and subsequently the techno-minded Staub series, as well as being the one Giegling artist to venture outside the comfort zone with releases for techno outposts Delsin and Semantica. Vril has now returned to home base with a surprise debut album Torus on the Forum sub label that served up Prince of Denmark's much loved album The Body. Vril's productions combine elements of booming dub techno with murky reflections of rave with his own patented and progressive synth sound. Torus sees Vril deliver more of this, but he's also extended the remit on this album to include other elements of dance music, with what sounds like Clone-inspired (west coast) electro, Chicago house and flashes of Adam X-industrialisms. 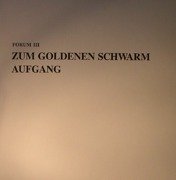