It seems fitting that the hundredth and final volume in the "FabricLive" mix series should also be its most hotly anticipated. Coming from heavyweight heroes Kode9 and Burial - whose previous back-to-back mix for Mary-Anne Hobbs' show eight years ago has reached near mythical status. The album is a wonderfully full-throttle and mixed-up affair, with the shadowy bass lieutenants giddily flitting between quick-fire sections focusing on South African gqom, footwork, Juke, vintage hardcore, early jungle and more contemporary dancefloor experimentalism, each broken up by typically blazed and paranoid ambient interludes and the occasional surprise selection. There's a lot going on throughout, but that only adds to the fun. In other words, it's a triumphant finale to a landmark mix series. 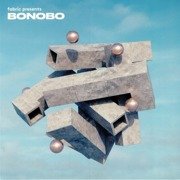