It's almost impossible to don't have a look at all the rising talents that surround us - and the guys of Jamahr are surely one of them. North Italy based, Mario and Jacopo joined forces back in 2008 and since then they've constantly put a lot of passion and dedication into their music, working under the alias of Jamahr. Noticed by Yaya a while ago, they've also attract the attention of the European scene with releases on Rich NxT's own 'NxT Records', Sleepless Musik and Kina Music to name a few. We're super happy to see that 'Chordelia' EP is finally set for an official release, which also features a remix by Diego Krause.

'Chordelia' it's an opening track that starts with a dry lowend part until swing drums jump in. The entire track insists on a fresh and racy synth line that perfectly fits with the groove.

Stepping up to tackle the original, with a club approach, Berlin's Diego Krause (Berg Audio, Salty Nuts) use some vocal loops and a some funky shot, enriching the groove and delivering a great version of 'Chordelia'.

On the B side, 'Brotherhood' is about the special synergy between these guys, exposing the contrast between the gentle pads against the electric scratchy synths. The groovy and rolling analog bassline finds an intense groove with whispered vocal shots drifting in and out of the mix.

Closing the affairs is 'Qaacker' where pulsating toms and hi hats encounter mystical long tailed pads and synths into a majestic and dreamy progression. The break is just magical and it's studded with glitched drums and percussions. Definitely the perfect track to complete an ashtonish EP. 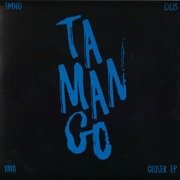 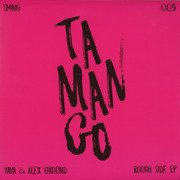