For its fourth instalment, Interstate welcomes Copenhagen's Schacke. Rooted in punk and noise, the Danish artist grew into becoming one of the key figures of Copenhagen's scene and inner part of Courtesy's Ecotherm and newly found Kulor imprint. On INS004, Schacke delivers three originals, exploring musical spheres that are both brutal and graceful. The opener "Cold Hands" kicks things off on a dark yet atmospheric note with driving percussions that make your body shake. "It Was All A Dream" is built around an irresistible synth loop that is accompanied by angelic noises and winds. While this track blooms in its flow and drive, the short break shows what an exceptionally gifted producer Schacke is.The flip-side features the title track "Met Her At The Herrensauna" which is the record's most euphoric. Dazzling leads, shimmering synths and a somewhat otherworldy yowling loop drive this track which has all potential to create the special dancefloor moment one won't forget. At last, IBON, another Copenhagen talent, delivers his take on "Met Her At The Herrensauna" by giving the original an even more clubby and trancy touch. The two combined make this 130bpm and upwards Copenhagen take-over complete! 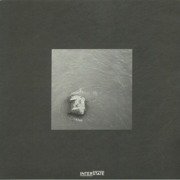