"In 2013, the For Those That Knoe imprint burst into record shops with a release from one of the UK's unsung heroes, Jaime Read under his LHAS alias. 5 years later, we're proud to present a reissue of a selection of Jaime's music from his 1997 album ""The End of the Beginning"".

Jaime's take on futuristic chi-town influenced house is present across the selections. Written 21 years ago, the music is more relevant that ever. Serene galactic themes and time travel optimism permeate the collection: the music tells tales of optimism rather than the bleak images carved by other similar compositions of the time. Originally pressed in finite numbers, this is an opportunity to get a copy of the key material on vinyl again, split across two 180g 12"" EPs with a free digitial download code." 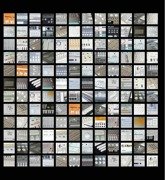 A Selection Of Works Part 2