Presided by Tom Kerridge, Girls of the Internet is one of a few new projects Kerridge dug into having spent over a decade running labels such as RAMP, Fourth Wave and Brainmath. Providing a break from label life, Girls is a new creative outlet - a full band with Kerridge as producer and band leader, spawning music that pays tribute to a lifetime of collecting Disco and Techno records. Their debut 12" came out on West Norwood Cassette Library, and recent follow up 'When U Go' landed on Derrick Carter & Luke Solomon's label Classic Music Company to sweeping acclaim.

On remix duties are Sully, who drops a storming, retro UK Garage version that has been tearing up dancefloors across the country for months, and Saine, who delivers a lush analogue House version. 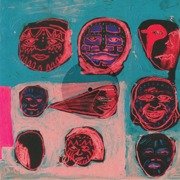 Girls Of The Internet /