Cosmic Bridge welcomes back Margari’s Kid for his second EP "We Are Ghosts Now".

"We Are Ghosts Now" follows 2017 sellout label debut "Init 1" and two years on and now living in Bristol, Spanish producer José María Moya Sánchez has upped the ante further. Developed, deep and immersive; his unique 170bpm seekers music will continue to draw references to Burial and Instra:Mental / dBridge's Autonomic Drum & Bass but we'll pass you over to label head Om Unit to give you the full low down.

Om Unit - "Across the microcosms of Drum & Bass off shoots there are many sound-a-likes clinging to cliche'd references and rigid tropes; This only leads to a stale, repetitive and self referential culture and is why Margari's Kid supersedes his peers. Standing alone he creates deceptively beautiful and human tracks that while they feel simple, are in fact intricately layered with detail and emotion. These tracks are testament to the rich rewards achieved when a person injects a sense of real humanity into the often overly-technical domain of minimalism. As Margari's Kid, José María Moya Sánchez is is almost entirely leaning out of the pre-existing sphere of Drum & Bass and dancing in the rain on his own. This could be the beginning of something very special, and I think you should really pay attention."

We Are Ghosts Now is released 10th May 2019 on Cosmic Bridge Records on 12" vinyl and digital formats and features a remix from Label mate Crypticz and artwork from Studio Tape Echo. 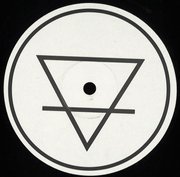 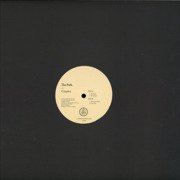