Partyfine is now 6 years old, Yuksek’s label keep exploring things in and around disco and post-disco, featuring an unreleased by Dimitri from Paris and tracks from Get a Room, Rubin Steiner and several well known french producers.

This 5th chapter of exclusive compilations contains unreleased tracks from new members of the family, Dimitri for Paris offer a new song in collaboration with Aeroplane, and we know that an original track from Dimitri is a rare and precious gem, Jean Tonique is back on the roaster, together with Getaroom who joined force with Chloe from C.A.R., PoloCorp (half of Polo&Pan), Villa, Moonlight matters, Anoraak, Azur, Birdee & French toast are on the bill too.
Dombrance (part of DBFC with David Shaw) presents an Italo/electro track which is part of his surreal political new project.
More or less disco, disco or not disco, it’s always been difficult to see the boundaries of this mouvement and all the influences it infused on the electronic scene, Partyfine & Yuksek tried to answer the question and open the genre the wider they can. 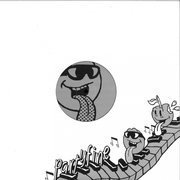