This is the 16th release on RIOT Radio Records, an independent techno label based in Scotland.

Jerome Hill lives and breathes music with his productions, sets and record labels being educational and hedonistic in equal measures. He’s a label owner, party organiser, scratcher, dot joiner and arguably the best proper pumpin’ party DJ in the world. He’s the founder of “Don’t” recordings, “Fat Hop” records, “Super Rhythm Trax” and 1992 rave themed “Hornsey Hardcore” with his own releases, all of which are absolute honkin’ belters, featuring prominently on labels that are lucky enough to have his work printed with them.
This release sees the welcome return of Jerome to RIOT Radio Records for a second outing with three original tracks and a blustering ‘Bar Room Rumble’ of a remix by those Swedish lunatics TSR. The Don’t master is once again on top form with his own unique style of funkin’ and bumpin’ and wonk to make you stomp. It’ll even shake your body’s as yet undiscovered Cuban hip movements to bust a move or two from the over indulgent rhumba mayhem it’ll stir up within.
WARNING: THESE BAR ROOM RUMBLINGS ARE SURE TO CAUSE THE TORMENTOR TO AWAKEN 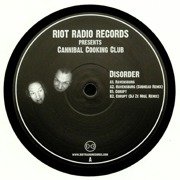 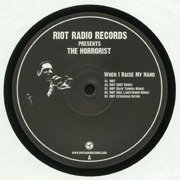 When I Raise My Hand