Techno, Disco, Italo, Electronics, House, Library, Cosmic and Ambient frequencies - These are the bedrocks of the Midnight Drive ethos and sound. A label shining a light on overlooked or unheralded creations and respectfully reissuing them for the contemporary audience. A label that respects and understands the connection between these disparate and sometimes forgotten forms of musical expression and celebrates them. To kick off 2020 in fine style, Midnight Drive bring you something different, from the far depths and fringes of London's mid 90's Techno scene....

B.C. aka Cisco Ferreira (The Advent) and Robert Leiner (The Source Experience), are 2 very well known and respected figures in the global Techno underground. Between them, Cisco and Robert have both performed across the globe and been behind numerous seminal records, and worked with some of the most highly respected record labels to date including: R&S, Apollo, Jack Trax, Fragile / Transmat, Labworks, New Electronica and more since the late 1980's. Entrenched in electronic music, and armed with decades of experience, it is safe to say their collective reputations precede them.

'Stronghold' was a one-off concept from Ferreira and Leiner that yielded only one EP, realised in 1994. The perfect frisson of dub aesthetic, electro-techno and ambient. A stripped-back juggernaut of cavern deep weaving rhythms, modular melodic sonar blips and driving bass. Total power. 'Stronghold' is one of those records that seems to morph, winding from skeletal electro snares into an off-the-rails kick drum driven freight train, pure soundsystem pressure. Only for the headstrong. Peep Dave Angel's seminal X-MIX from 1995 for a taste, the track features prominently early on in the mix to devastating effect. Also featured on this special and limited reissue of this most sought after and lesser spotted techno classic is a never heard before, unreleased and alternative take of 'Stronghold', from 1994. Lifted from DAT. It's possible that this newly unearthed version may be dubbier, trippier, perhaps more potent, more driving.....? But we'll let you decide.

Special thanks to Cisco Ferreira (The Advent) and Robert Leiner (The Source Experience). Remastered from Cisco's DAT archive by Radioactive Man, London 2020. Worldwide distribution by Above Board distribution. Artwork by Atelier Superplus. 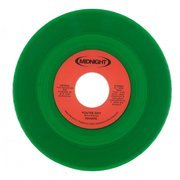 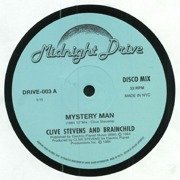 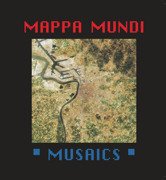 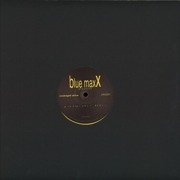 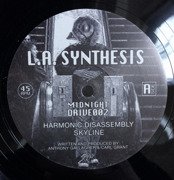 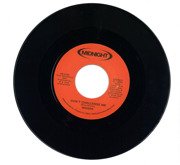