A pair of high voltage fairy-tales from the ever psychedelic Leisure Connection crew.

Leisure Connection is a side project of Rahdunes, a band comprising of Aaron Coyes (50% of Peaking Lights) and his long time friend and partner in noise, Nate Archer. The band carved out their sound jamming endlessly for days on homemade equipment and have colourful history together - back in the early 2000s they would turn up at underground parties with tons of electronic gear, load in like they were booked and just start playing. They also performed live on cult US cable TV show 'Lets Paint TV' (youtube that!). The L.C. guise came seemingly out of nowhere in 2013, when the duo dropped two highly original percussive pounders on their, now classic, No 'Label' 12". Aside from a few remixes that followed, no new material surfaced for a long time. That was until a year or so ago when they announced completion of the soundtrack to an obscure indie movie by L.A. by artists, the Haas Brothers. No release was initially planned, but now two pieces from the OST have found their way to this cracking 7" vinyl release.

The tracks have twists and turns aplenty along the way, with the studio sounding gloriously badly wired and sparking. March of the Imbecile is indeed pretty stupid.... stupidly pretty that is. It's a fantastical and aptly cinematic ride through immersive harmonies and gorgeous tape bent melodies that are underpinned with a solid, plodding old school drumbox. Worries go on hold during this the duration of this one. Every spin. Over on the flip, Love from the Astroplane begins with an obscure, synthetic, field recording like scene, then takes a stark dive into thundering psychedelic tribal realms. There's a wild atmosphere on this one, like a vivid scene from Jodorowsky or Kenneth Anger movie. It's a beast.

This record is a good example of how some things just really work on a 7". R=A are channeling their love of the format - putting out nuggets from the electronic sphere, involving Beau Wanzer, Robert Bergman, Tribe Of Colin, Jamal Moss & Black Deer to name a few up to now. Check them out. 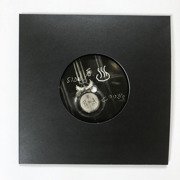 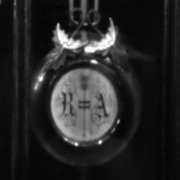 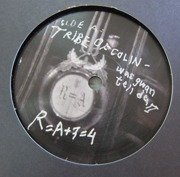 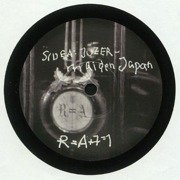