Transylvanian minimalist Alin Crihan returns with this impressive debut full-length for Sepp & Nu Zau's UVAR imprint. From his debut five years ago on Sammy Dee's Ultrastretch, to some great releases of late on Elliptic and Playedby, the 'Autostrada Soarelui' LP demonstrates his wonderful progression as a producer. From moments of low slung esoteric groove action like on "Editura Estivala", woozy and off-kilter microhouse heard on "Eforie Sub'' or rolling and ethereal tech house that's perfect for Sunwaves as heard on "Hotel Mzr" - it's obviously a diverse affair. There is a fair share of leaner and more subtle tackle that's geared towards the afterhours as heard on "Gazeta Olimp" and the particularly avant-garde vibe of "Ducele De Chilia". 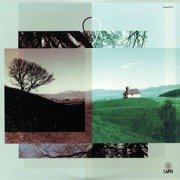