For its second release, Radiant Love sticks to family values. Paying homage to the party and label’s co-director and resident Byron Yeates, Byron’s Theme comes from the likes of Vani-T (one half of Berlin’s forceful, femme party Climax) and D. Tiffany (who threw down a ruthless remix on the label’s first release by Fio Fa). Together, they take the name of Pillow Queen – a semi-pejorative term for the kind of sub who expects to receive pleasure like a well catches rainwater. No reciprocation, just a reign of sexual passivity.

Their tracks, however, give plenty. “Byron’s Theme” presents a rich palette in its 2-minute buildup: a dry trance hook, high-end synths buzzing and wavering, pitch-shifted voice samples and a pan-flute ran through with tremolo. Throbbing, the 303 bassline picks up after a breakdown at the 4-minute mark, and only then does one realise the song’s still building. There’s still room in the last 40 seconds for some percussion modeled on a breakbeat loop – which is to say, the track is incredibly cheeky and hard-hitting – all that I would hope for in any lover.

While the EP’s first track feels wide, rangy, “Estrel Nights” opens the EP’s B-side in a much closer, tighter space. The build is percussive: bongo taps, claps, cowbell; then a hi-hat snaps things into shape, and in lopes the kick drum. And rhythm remains the central player here. It’s not until 3 minutes in that the percussion finds a melodic backdrop – a dreamy, detuned pad, choral, like a moan.

Ex-Terrestrial’s remix of “Byron’s Theme” repositions some of the elements and ratchets up the tempo of the original, but maintains its respiration: the energy and erotics flow into a different structure, closer to traditional trance, with sharp hi-hats and loopy arpeggios that phase in and out of syncopation, measure to measure. Diagonal, we incline to a climax that dizzily plateaus at 6 minutes, de-escalates and breaks down over the next 2, glows until it’s just a kick drum, slower, slower still; we’re catching our breath. 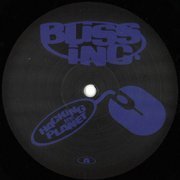 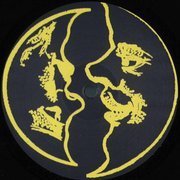 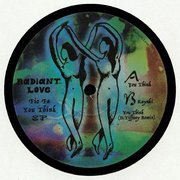