Even though he's a comparative youngun, this is by no means Finn's first time at the rodeo - he's a label boss, an NTS pioneer, a Boiler Room veteran, a Defected Records Old Boy and also holds down the coldest twitter account on the information superhighway. It's a big deal to us that we managed to snare him for a release on his ascent to whatever accelerated dimension he is headed for.

Purposely conceived as raw club tracks after a heavy Paul Johnson listening session, TRICK TRICK and BELLE THEME contain many of his beloved hallmarks while also showcasing new creative pathways - the title of the EP surely alluding to what Finn is about to pull from up his sleeve...

Opener TRICK TRICK is many things all at once - a raw turbo-jacker, a hugely emotive bassline roller, a super-fresh club banger that has few elements, yet uses them with such efficiency it's impossible not to be drawn up into its vapour trail.

BELLE THEME winds the pace & harmonic tension up with manic abandon as we find ourselves in Finn's familiar 130-plus territory but while the tempo is slamming he somehow manages to drape everything in a lacy coating, as if we were playing a bonus level from a lost Studio Ghibli PS1 beat-em-up.
Back in the real world we flip the record for 2 textbook Ruf Kutz remixes. First up label boss RUF DUG guts Trick Trick and serves up the fillet on an unashamedly tech-house bed, purpose-built for DC10 circa 2009 - meanwhile Ruffy's partner in crime GLOWING PALMS dips into his secret stash of double doves and takes Belle Theme for an unforgettable night out in a Burnley warehouse.

Of the release Ruf Dug says "It's been a big thrill to follow Finn"s development over the years since we first met. I've been hoping to collaborate with him for quite a while so for it to be finally happening especially at this stage in his career is a genuine mega buzz!"
Finn says: "Been a keen Ruf Kutz fan since Rachel's Team in 2016! So happy to contribute to the label with two rough (ruf) and ready club tracks - late night/early morning hymns" 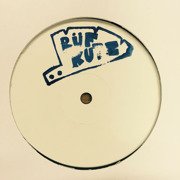 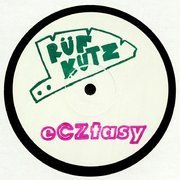 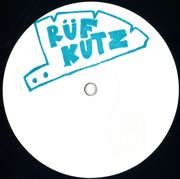