Spanish techno veteran Christian Wunsch has decided to celebrate the 50th release on his esteemed Tsunami Records by bringing together some techno luminaries on a single release entitled 'The Future is Fixed'. From British legends such as Surgeon, who harks back to his House Of God residency on the sound of "Invisible Enemy", Blueprint's James Ruskin is in fine form on the hypnotic stomp of "The Lake", and Steve Bicknell (Lost) on the strobe-lit tunnel vision of "Deeper Shades Of Grey". Elsewhere, Ukrainian producer Stanislav Tolkachev delivers his idiosyncratic style of techno as always on "Once A Cheater Always A Cheater" and obviously label chief Wunsch appears too, collaborating with the mighty Regis as The Rare Breed - who deliver the contorted fury of "Reason Doesn't Sleep". 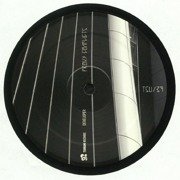