I HAVE LEARNED HOW TO LIVE; GRANT ME, YE GODS, MORE TIME.

Today, a small club called Robert Johnson finds itself in twenty-one years of existence. Taking it by the ac- count of yesteryears jurisprudence, the Robert Johnson club has finally reached legal age.

Back in 1999, the forces behind Robert Johnson, both friends and aides alike, were driven by music and accoutred with a vision, to create a new expansive and collaborative understanding of club culture. To resiliently exist for such a long time, certainly wasn’t laid out in a cunning master plan.

Reeling through the years, we find ourselves in high spirits, regardless of these wicked times today, chuffed and thankful to all the fine people on both sides of the doors, wardrobe, bar, back office or DJ booth: Your love is a life saver2.

Robert Johnson was a master of the American Mississippi Delta blues—a mystical figure, legendary blues singer and guitar player in his own right—who, as the proverbial saying goes, traded his soul to the devil in return for unparalleled guitar skills. Whether this trade actually happened, we shall never know. What we do know is, that Robert Johnson has devoted himself to his music—in this spirit and in our own labyrinthine paths, we devote ourselves to a music club that carries his name. The lines in one of Robert Johnson’s songs advise the living to give all of your spare time, love and to treat her or him, Ed. right, when you got a good friend, that will stay right by your side. A good friend who stayed by our side until his untimely passing earlier this year, was our resident Andrew Weatherall.

Throughout Andrew Weatherall’s decades spanning career, the proper working class lad has been driven by music—not merely into it, as he would have put it, underlining his understate- ment with a chuckle. True to his school of many genres and inspired just as well by literature and art in the far corners, Andrew never would let people know what to expect of him; more often than not testing the musical flexibility and fibre of his audiences, being the notoriously whimsical minister of transcendent expe- rience and alternative fun, who more often than not emanated an air of edwardian dandyism. To the Robert Johnson club and quite a few of its close protagonists, Andrew Weatherall was more than a resident DJ: an excellent spiritual advisor, drawn to subculture and its hidden topoi, who would happily take the piss at any existing rule, as one of his tracks called Frankfurt Advice has literally put it on the record. Few DJs have fully cut the mustard as producers, artists and mentors alike, as Andrew Weatherall has had.

Fail we may, sail we must. Andrew may be physically gone, his spirit and music remains integral and revered at Robert Johnson regardless.

Lifesaver 4 is a compilation as diverse as the nights and mornings on Robert Johnson’s wooden dancefloor. Young talents and seasoned companions have paid their musical tribute in order to celebrate Robert Johnson’s twenty-first year, and to commemorate the sabresonic Captain now resting in his paradise. As the club culture experiences a worldwide disruption in this current stasis, we may find ourselves at the verge of a much needed cultural change. The tracks on this compilation—spread over a sumptuous box set of five vinyls or, mind you, as heavy weight digital files—are the acetates for the future of the Robert Johnson club. At times balearic, discoid, dubby, eccentric, energetic, haunted, lush and raw; they all make the most of it.

Lifesaver 4 is dedicated to Andrew Weatherall: We salute you! 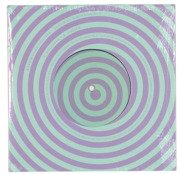 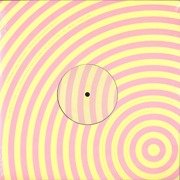 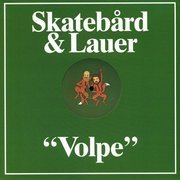 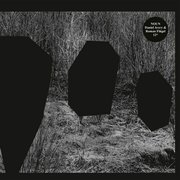 Meeting Of The Minds