* The original sister label to Ram Records from the old Ram HQ studio in Essex, Liftin’ Spirit Records now celebrates it’s 25th year with a special ‘RELOADED’ limited vinyl series of remastered classics, alongside rare and previously unreleased tracks since the beginning in1992.

* DATs from artists such as Andy C, Ant Miles, Shimon, Joint Venture, Interrogator and Red One have been located in the archives. Also from the Ram & Liftin’ HQ came tracks for the Deep Seven label in 1993 and all these rare DAT masters have been located and now re-cut by Simon, the original Ram & Liftin’ vinyl masterer at ‘The Exchange’. Initially, Deep Seven remasters will present on a printed white label and unreleased tracks will have a black label.

* Midway into their 1993 run on Deep Seven, Desired State produced another Hardcore Junglist smasher 'Timebomb' under a new moniker of ‘CO2’, which later morphed into their alias ‘Concept 2’ on Ram Records. Exploding bass and breaks tear out across the soundscape, continuing into the part 2 ‘Fuze’ mix on the flip side. Remastered from the original DAT and presented as part of our 'Reloaded' series. 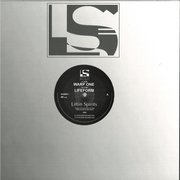 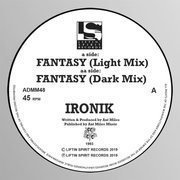