Aché is “the primordial, mystical energy that exists in the universe and permeates everything in it… Aché is everything: divine grace, knowledge, authority, wisdom, and the inherited experience of all those who went before.”

It is in this force that Yoruba Soul Records is proud to present the brand new solo album by Osunlade. In the time since his last full-length (2014’s Peacock), Osunlade has continued to rock parties all over the world, overseeing releases for both Yoruba Records and Yoruba Soul Records, AND still finding time to create music amidst a very busy schedule.


“This is the album I dreamt of making…” - Osunlade

Recorded in his hometown of St. Louis, USA and spiritual home of Santorini, Greece, Aché is the continued evolution of Osunlade as songwriter, arranger, and producer. It’s all here.

The seeds of minimalist electronic funk Osunlade began to sow on albums such as Peacock and Rebirth are now in full bloom with the album opener, “Positiv’ly”. Featuring a subtle, almost avant-garde performance by Yoruba Records’ very own Quetzal Guerrero on violin, this groove will have you confused on whether to listen to this sitting down with some headphones or blasting it through your best speakers while you dance.

“Open Doors” is Osunlade at his funkiest. Starting with a drum break reminiscent of the J Dilla produced Q-Tip single “Let’s Ride” and accompanied by a killer rolling bass line, the song speaks on finding yourself and letting your truth carry you to your highest self.

“Community” is a float-like groove, with a guitar motif that both soothes and encourages a beautifully urgent and powerful call to self-determination.

The Aquarian Moon showers its lunar dust all over “Joffy’s Funk”, a luminous groove that transports us to starry nights on the mountaintops of Santorini. The composition provides us with one of Ache’s most elegant moments (of which there are many on this album).

On the other side of reality, we know there is nothing funny about the social resentment and anger that is currently building up in this historical moment. Osunlade takes us through why that is. Part-homage to his deceased father, part state-of-the-union, “Comin’ Around” is the sound of Devante Swing at a Black Lives Matter demonstration in the US south.

Of course we can’t forget our house heads, and “Same Same”, which we premiered last year in a very special limited edition single for Record Store Day, is featured here as one of the album’s most energetic moments.

There’s even some Piscean Group frequencies being dispersed through the serotonin-inducing “Seratonin,” featuring a magnificent flute performance by Han Litz.

“Poh’s Devotion” is an ethereal interlude that leads us to the closing segment of this album, a closing that finds acceptance, acknowledgment and resolution, hope, and inner peace.

This sense of renewal and outlook for a better future is deeply felt on “Flowers Bloom,” the last vocal song of the album. Osunlade proclaims “there’s no more room for feeling blue,” and a future “where governments no longer rule,” and most profoundly “I’m one, with God… at last.”

Closing this journey is “Solitude.” Accompanied by an ornate string arrangement, Osunlade plays acoustic guitar in a setting that could find a home in a Nick Drake album. It captures a poetic melancholy, not desolate, but of coming to terms with oneself.

Aché is an album that comes at the right time. A body of work to be immersed in its entirety. A sonic meditation for soul healing and recovery. An album that urges us, regardless of circumstance, to live by love above all and to let go of any fear that may block us from being us. 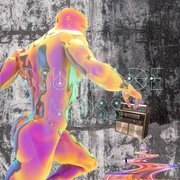 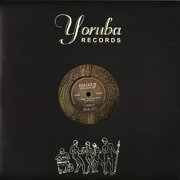 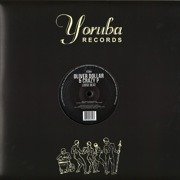 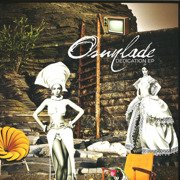 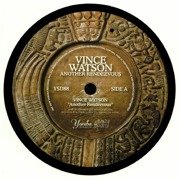 Another Rendezvous / Make It Better 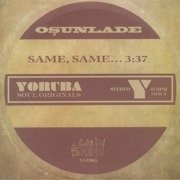