Entitled "L’eau repousse les feux agressifs", it will be the first of a series around the four elements. Source of inspiration, Water teaches us acceptance. It completely flows in this first opus, as into the spirits - in "quarantine" at that time - of the guest artists.

No sluices, zero dams and a lot of free time, the opportunity to dare more... experimental streams. Mama Told Ya is therefore innovating, although there is some for all tastes in each and every vinyl: torrent of fast disjoncted techno, cloudburst of acid, trance and hyper-saturation, downpour of experimental or even electronic-rap vocoder…. RAIN. ON. ME.! To be savoured chilled at home or boiling, in a club.

The artwork has this time been entrusted to visual artist Karin Kimel, who delivers a version of the world through an aquatic 3D prism in which only the fragments of a boiling underwater volcano remain.

With a profoundly dramatic intro, « Bully » immediately immerses us in the icy Scandinavian waters, on the verge of hydrocution. An epic, almost mystical opening, heralding the impending flood. Water then, in all its temperaments, under all its temperatures, spreads everywhere, throughout the listening, sometimes soothing, sometimes thundering. Under pressure in « EXTREMELY URGENT », it even becomes irrepressible. Next follows a demented race set to submerge everything. Open valves and sinks, overflowing swimming pools, flash floods, storms and tsunamis, endless monsoons, melting ice and glaciers… It is ultimately a liquid world, entirely drowned under water that we find in « 5th generation », outro of a new genre which invites to reinvent the future, and why not Mama Told Ya’s future.

It’s hard not to hear in this aquatic odyssey an ecological warning, a call (back) to Nature. 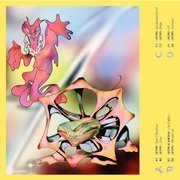 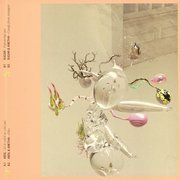 Don't Rush To Grow Up