Reissue of the 1994 debut from Phil Western and Dan Handrabur's 'Off & Gone' project. A hallucinating document of the pair's initial jam sessions and what would become the genesis of a fruitful collaboration between two key members of the West Coast electronic music scene of the 90s/00s. Four tracks of deep, psychedelic techno, including the now-classic 'Namlohssa'. Re-mastered from the original DAT tapes.

From Dan Handrabur Dreamdoktor, Shukar Collective & 1/2 of Off & Gone:
I met the late Phil Western in the fall of 1992 on a visit to his record store, Oddysey Imports. There was always good music playing there, so I ended up hanging out for many hours, almost every day.

It was very clear we had similar taste in music, be it the new electronic wave at the time or older music like Eighties British guitar pop, and vintage rock, not to mention ambient and world beats.
A mutual friend, Robert Shea Map Music/ Discotext, suggested we get together and jam; there was a trend going on to bring one's favorite synth to a buddy's studio and tweak knobs.

We ended up making a couple of tracks which we showed Robert, a man with many connections in the new music business, by that I mean independent, forward-thinking labels from around the globe. His reaction encouraged us to release them. At the time, I was working on making a CD of my own music and tracks I had made with other tech- heads. Somehow the two cuts fitted quite well into the vibe of Outersanctum's "Frequencies From The Edge Of The Tektonic Plate" which we released in April of 1993.

Sensing the possibility of a collaboration, we decided to move my equipment to Phil's place he lived in a more permissive part of Vancouver where it was ok to work at a louder level.

Armed with two Atari 1040st with midi and various synths, samplers, and drum machines, we started crafting what was to become our most important body of work of the mid-nineties, Off and Gone, Floatpoint and others. After a visit to Lopez island where Mike Kandel 1/2 of Exist Dance had his studio, the three of us decided on the name Off and Gone and set a release date for our first EP. Needless to say, we were ecstatic about it since we were both very fond of the music Exist Dance was releasing.

This was the incentive we needed and also a psychological push to work on more material. Our sessions were lengthy; there was not much talking and a lot of playing. Programming in Notator (now Logic Audio) was tedious but rewarding; mixes were tracked to DAT tape. Some gear without memory had to stay on for days until we were satisfied with the mixes. Occasional overheating and power outages were our biggest enemies and guests to the studio who carelessly pushed keys on synths, thus ruining arpeggios...
We never used limiting or compression. We didn't own any of that gear, relying solely on the power of our sound generating devices. No audio editing was available back then, at least not to us. A few times, we snuck into Skinny Puppy's studio to play with their Pro Tools rig and track guitars and violin through the Eventide, which we resampled and used in tracks.

At the time, we had the feeling of doing something important for the Vancouver electronic music scene, inspiring other musicians to build studios and strive to create new, interesting music, away from the industrial sound that defined the city for several years, for which we had the utmost respect.

All the music we made together was purely for the joy of sound creation and a sincere love of dance and ambient music; without any desire for affirmation or commercial success. Throughout our relatively short but productive collaboration, there was a feeling of completing each other's ideas very easily, without arguments, in an almost telepathic way, something I personally have never experienced again with another musician. 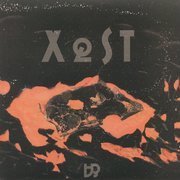 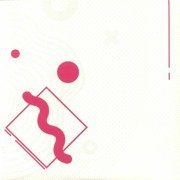