After a veritable deluge of cassette releases within the space of the past few years, Vincent @DRVG CVLTRE' Koreman's New York Haunted label has latterly begun issuing vinyl too. A recent 12" from Biosphere kick started this new phase for NYH, and the label swiftly returns with a split release packing some heavyweight contributions. Quite appropriately named The Real Deal, this 12" pairs together productions from Terrence Dixon, Pete Swanson, Hieroglyphic Being and Drvg Cvltre himself! Wow! Despite his apparent retirement from production, Dixon remains a powerful presence in techno and his "Stardust" is every bit as mind-warping as the music pressed on his recent Reduction releases. Swanson's "Dirty Work" is the epitome of abrasive, yet there is a beat discernible amidst the stew of white noise, and it sets the tone nicely for "Speaking In Tongues" by Hieroglyphic Being. For a finale, Drvg Cvltre lays down the ominous "Torn Apart By Teeth Or Bullits". 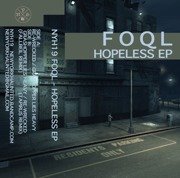 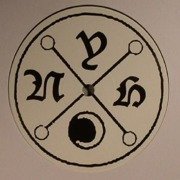