Finally "Maestro" gets an european release with new and original songs with featured guest appearances by brother Damian "Junior Gong" Marley, Matisyahu, Gentleman and Kreesha Turner. The Ky-Mani Marley sound is one that transcends cultural lines and prohibits him from being catagorised as only a reggae artist.

Ky-Mani Marley, Jamaican artist and reggae royalty, is the only child of table tennis champion Anita Belnavis and music and cultural icon Bob Marley. Ky-mani was born in Falmouth, Jamaica but at the age of nine he relocated to the inner city of Miami with his mother. Sports was Ky-Mani’s first love, but with his mother’s direction, he took piano and guitar lessons and played trumpet in his high school band. As a teenager Ky-Mani started rapping and DJing and soon began experimenting musically in the studio with his brothers, Stephen, Julian and
Damian.

In 1996, Ky-Mani signed to Shang Records where he recorded his debut album titled "Like Father Like Son" and several singles: "Judge Not" in collaboration with Patra, followed by "Dear Dad" (which topped the British reggae charts), and "Sensimelia", all of which added to his growing reputation as a master in the new generation of reggae musicians. Ky-Mani then joined forces with Praswell, of The Fugees on a hit cover of Eddy Grant's "Electric Avenue" in the same year he performed for an international audience at the Midem Conference. Ky-Mani immediately became the subject of an intense label bidding war and decided to sign with Gee Street/V2 Records in 1997 where he completed a collaboration with label mate P.M. Dawn on the single "Gotta Be Movin’ On Up" (Senseless Soundtrack, which went Gold in Africa). Both collaborations helped to establish Ky-Mani outside his tight knit reggae community. With his rising star, Ky-mani had successes in film as well, with leading roles in the movies Shottas and One Love.

To date, Ky-Mani has released 5 albums and is prepping his 6th studio album, Maestro, for a release on his label Konfrontation Muzik. The Ky-Mani Marley sound is one that transcends cultural lines and prohibits him from being categorized as only a reggae artist. The 1st single off the album is titled "All The Way", which Complex calls "a refreshing new reggae track" and is a lilting reggae song with a pop leaning vibe - it captures the essence of summer and is an impressive lead in for the 12-song album. Maestro was executive produced by Ky-Mani Marley and includes new and original songs with featured guest appearances by brother Damian Marley, Matisyahu, Gentleman and Kreesha Turner. Known for his amazing live show, Ky-Mani will take the Maestro tour on the road this summer. 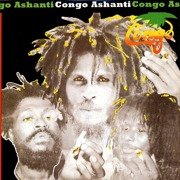