Double LP of new material from New Jersey musician, Unearth Noise. The album compiles selected compositions made over the last three years. As a kid Roger Berkowitz was inspired by the celestial sounds of Ravi Shankar’s strings, an album that was introduced to him by his father who was an engineer for RCA. In his youth he played in various punk bands and dabbled in experimental music after being exposed to the likes of John Cage, Harry Partch, Brian Eno and Mahavishnu.

Around 25 years ago while experimenting in his basement with tapes loops, his 1/4" reel to reel and a 4-track, the name Unearth Noise was born albeit shortly lived as over the next decade his focused turned to songwriting and playing the guitar and drums in various ensembles. He wrote and recorded songs that mixed rock and folk influences in an experimental manner. These were made available online under various monikers Sugar Skulls, Ancient Aliens and Shadowface.

A few years ago Roger began exploring the forms of the instrumental pieces he had created, mixing these with elements of eastern music and rock aesthetics, which had influenced and inspired so much of his sonic journey.

"I remembered my tape loops and the unearth noise episode. Recalling this, I changed my project name to Unearth Noise and set about trying to create something which I considered totally unheard in music. I delved back into the world of pure sound attempting to create a sonic experience that could challenge or subvert reality. I am a firm believer in the idea that what we take for reality on a day to day basis is a facade. Having experimented a bit with hallucinogens, I could see clearly that there is far more here than meets the eye. Listening to people like Alan Watts, it is gratifying to know that I am not alone in this belief. So, what I'm attempting to do with music, hopefully not in a forced or pretentious way, is open the mind to an alternate or deeper reality beyond this world. To this end, my compositional techniques and forms are non­traditional and often non­linear. I use instruments of my own design and construction, and blend them with source tapes, electronics, and sometimes conventional instruments”. 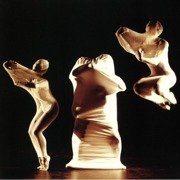 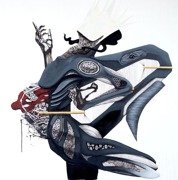 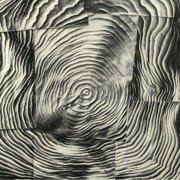 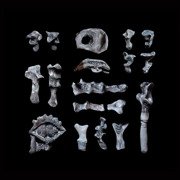 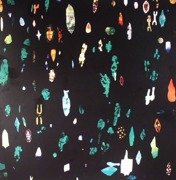 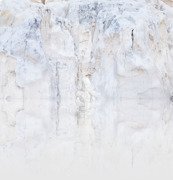