Royal Athlete Records are back with another set of party bombs, lovingly curated to achieve maximum perspiration. Heading up side A is 'Dreamers' by UK's Chaconne. A certified disco-piano-banger, recalling 80s NYC hedonism and emotion. (The Real) Kent Clark, who so far has only one release on Bordello's Riviera Disco series follows up with an electro-boogie dub workout entitled 'Make It Right'. Our man in Holland: Aux Tha Masterfader, takes us back to the old-school with the LinnDrum breakdance beast, 'Let's Dance To The Beat'... He commands, we obey. Closing up is Dilemma, who recalls the memory of the early days of Belgium's debauched nightlife with searing leads and low-motion grooves in 'Bocca Nights'. All tracks mastered by Alek Stark. 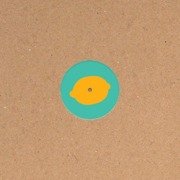