London's Midland, known to his friends as Harry Agius, is a producer of many layers and talents; the most recent of which is the cultivation of a moustache that would make a WWWII bombardier proud! He's pretty much released an electronic track from every genre, and now he's decided to dabble in a bit of disco through his new Regraded imprint, an offshoot of Graded. "Double Feature" is a lovely, heads-down disco monster with a heavy percussive swing and gorgeous strings running through its core. Over on the flip, "Stop, Don't Let The Beat" still leans towards the disco ball, but the groove is now nastier, more driving and deeper into the electronics. Class. 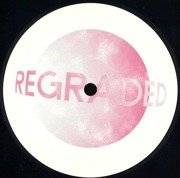