Early electronics by A.K.Klosowski made available again through Felix Kubin's Galgarin Records label! Long before digital sampling was affordable for everyone, A.K.Klosowski invented his Kassetteninstrument, a custom-made music apparatus consisting of eight SONY-Walkmen combined with a mute/demute mechanism. The outputs of the instrument could be controlled both by hand and by an automatic trigger module. In addition, a drum computer and some effect machines were fed into the circuit. This technique allowed for very intuitive and simultaneous control over the analogue tape sources.

A.K.Klosowski began performing with his Kassetteninstrument at different occasions in the early 1980s. When Kurt Dahlke aka Pyrolator (of the famous Düsseldorf synth band Der Plan) saw him play he suggested recording an album together which finally led to the critically acclaimed LP "Hometaping Is Killing Music". However, the raw plunder phonic aspect of Klosowski's music, his rough and edgy rhythms, cut-up techniques and sparkling noise colours are much more present in his solo work which is featured here for the first time on Gagarin Records.

All of the 13 tracks on this album were recorded straight to the master tape without multi-tracking between 1982 and 1984. Although drawing on pre-existing sound sources, they provide a texture that is different to digital sampling. This is not only due to the charmingly imprecise mechanics of the compact cassette with all its faults and phasings but also to the fact that the sounds don't share the same starting point, as they are picked in real time from continuously running audio tapes.

At times, Klosowski's Kassetteninstrument behaves like a malfunctioning jukebox or auto-correction system that takes the listener on a romantic trip through wobbly loops, erratic swings and dub-like echo effects. These sonic detours are combined with spherical flutter sounds, industrial atmospheres, African patterns and the beauty of 1980s low-cost rhythm machines. Their liveliness and unusual groove is still as fresh today as it was back in the pre-digital age, and we are blessed by being able to witness Mr. Klosowski only just managing to rule his outrageous machine, forever wresting back control with a human touch. 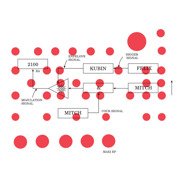 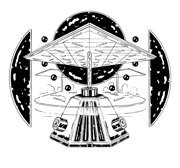