In and around the Greater London area, Radioactive Man is a bit of a legend, really. He was there when Fabric started their infamous mix series - he himself at the helm for the collection's eighth instalment - and he's been mixing and producing dastardly dance cuts since the 1990's. Last time we hard from him was last year on the Reinhardt imprint, but his return comes courtesy of two-track 7" on the newly found Tuppence. "Go Ahead London" is more post-punk than anything else, but the sort that you'd find on a dusty b-side dub of a Cabaret Voltaire EP, and we love every bit of it. The flip sees "Hector's Blues" default the energy of the A-side and morph it down into a woozy stumble of a groove that sits on between dub and electronica - yes, a right bloody mess, but we adore it. TIP! 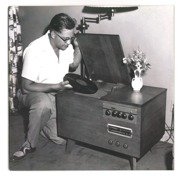 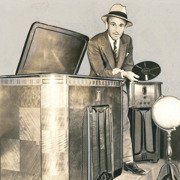 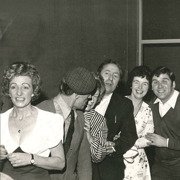