Mysterious Berlin based label MASK preps its debut release titled ‘LEMMY’ with four untitled cuts this April. A new series born out of an established German imprint, MASK’s enigmatic debut release was produced using a selection of analogue gear including a Moog Slim Phatty, E-mu SP-1200 and Nord Rack 2X. The A side begins with a track built around a tightly programmed drum loop which subtly builds, laced with mix-slicing hats and sub-low kicks whilst stretched out chords dissipate around a crunchy synth lead. The second production is twisted and dusty, using flanging and reverberated effects to lead towards a distorted breakdown, driven from the depths by gusts of full bodied snares and a growling sub line. On the flip, dulcet tones of a female vocalist join lush melodic chords to cleanse the palette, whilst working within the confines of a subdued yet crisp drum machine groove. The final track then strips things back even further, employing minimalist percussive hits and a warm bass lead, leaving space for its soothing female vocals to do the talking. Unknown Artist ‘LEMMY EP’ drops on MASK this 28th April 2017. Tracklist: A1 – Untitled A2 – Untitled B1 – Untitled B2 – Untitled 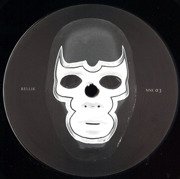 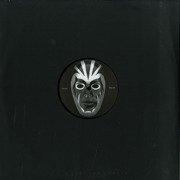