A stunning version of Steve Reich's masterpiece of musical minimalism Music for 18 Musicians' (1974-1976) performed live at Tokyo Opera House in 2008 by The Modern Ensemble and Synergy Vocals featuring the composer as guest performer. In the 1960s, with Terry Riley and Philip Glass, Reich gave pulse back to experimental music, he discovered tape-based techniques of looping and phasing using recordings of fragments of speech, and then molecules of musical material. (...)When Steve Reich released Music for 18 Musicians (ECM, 1978), it was a consolidation and major leap forward in the pulse-based music that the minimalist progenitor had been exploring on earlier compositions including Four Organs' (1969), a piece that relied on nothing more than a six-note chord, yet was a near flat-out sonic assault. 18 Musicians was an altogether more complex and sophisticated work, with a broader textural palette based largely on tuned percussion—piano, vibraphone, marimba and xylophone—but also working with maracas, voice, strings, and clarinets to create a sweeping, hour-plus long suite that was hypnotic, melodic, and eminently accessible. With the mathematical precision by which its eleven sections and wrapping Pulses' develop, it's a demanding suite to play (...)" 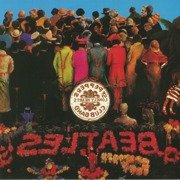