Paul Hester created his cult Moon Music label in 1997 as a portal for his own productions and sounds. The label was short-lived, with only 3 releases in it’s catalogue, all produced by Hester himself. Those few releases on Moon are now highly sought after among House and Techno aficionados who are forever seeking that deeper groove. The interesting part of this story, beyond the amazing music that was released, is that there are many other tracks that never saw the light of the day, thus leaving the full Moon story untold. Roll on to the year 2000, Hester unleashes the ‘Never Enough’ EP, A 4 track collection of tracks that ooze his own unique sound. Deep, rolling, crisp drum programming, breakbeats and swelling synth pads all form the classic Moon Music vibe. This fully remastered reissues tracks are all lovingly transferred from Paul Hester’s private, personal DAT stash. Classic, deep UK Techno sounds from the pre-millenium era, re-presented for the first time for 2017’s dancefloors. Across this EP we are treated to a sound that is timeless and will undoubtedly gain Paul Hester new fans while reminding those of us who were there in the late 90’s / early noughties about his subtle and uniquely fresh production style. 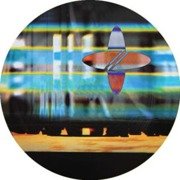