Anyone bemoaning the lack of ire-igniting political invective and potent protest records amidst the tension and uncertainty of 2017 should look no further than Algiers, whose follow-up to their blue-touchpaper igniting debut is a thing of floor-shaking intensity and cerebrally stimulating potency. A electrifying and diverse musical palette that extends from post-punk and gritty Gun Club-esque rock 'n' roll to soul, hip hop and even John Carpenter style soundtrack stylings acts as a backdrop to the feverish diatribes against oppression and injustice of vocalist Franklin James Fisher. Defying expectation to stand proud as a genre-elusive and fiercely uncompromising call to arms, 'The Underside Of Power' is a forward-thinking work of maverick malevolence and thrilling intensity. 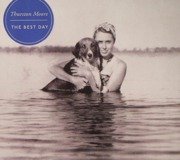