The artists featured here on Invenciones come from an intermediate period, influenced by the hippie movement and the advent of punk. They hail from that decisive stage of technological socialisation, when small studios and home recording studios were set up. A spirit of experimentation that was redefining the directions taken by music in the region, at a time when native sounds were introduced, either linked to the use of poor or austere technologies or to the local context. These were a group of individuals who worked on counterculture projects but, above all, what these artists have in common is being Latin Americans who shared the difficulties of belonging to a particular time in history. When ideological polarisation resulting from the Cold War was rife, when they would witness complex social processes, military coups, dictatorships and radicalisation. Musikautomatika (Venezuela) and Via Lactea (Mexico) have acquired cult status now. Because all of them needed to imagine a new space, they could forge a new scene that punk and technology would go on to consolidate. Now we can listen to them on this compilation, which allows us to imagine a time in the past when this other avant-garde music scene exploded. 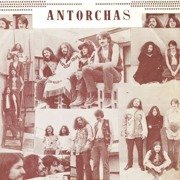