A second release for London's Future Primitive Records brings to the fore a new hand-picked selection of hard to find - if not overlooked - tracks from Wolfgang Voigt, DJ Guy and Fernando Corona, aka Murcof. All of the music to feature on this four-track Recast EP was previously subject to tape or CD only release. Lifted from his only album as Love Inc., Wolfgang Voigt's "Income" sits primo as the A1, holding firm 22 years after its original release. Predating Voigt's work as GAS, its caustic chords, shimmering melodies and chilled 90BPM vibe render it a production borne from the classic dub techno blueprint of the early-to-mid '90s. An early take on "slo-mo" techno. The DAT tapes of DJ Guy have again been raided, with Future Primitive joining a select cast of followers to rejuvenate the Englishman's productions with an edit that appeared on his tape for Crisis Urbana. Both B-side tracks "Botas De Oro" and "Secondary Inspection Theme" come from Murcof's one-time Terrestre alias, a project from the early-2000s which fuses textural, slow-motion and minimal house sensibilities with Mexican Banda and NorteNo music - aka Nortec, a micro-sub-genre to come out of Tijuana. Loose percussion, swung drums and winding rhythms are made all the more esoteric through the subversively climactic nature of Terrestre's music. 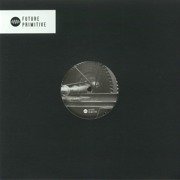 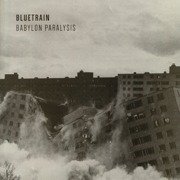