What happens when a house-music icon takes a small, talented bunch of musicians and mixes it with a savory blend of jazz, funk, dance, and soul music You get a hearty serving of E.O.L. Soulfrito, who make their single debut with 'Upright Love' on Vega Records. E.O.L. Soulfrito, led by musical director and conductor Louie Vega, is the condensed version of Vega's Elements Of Life live-band project, which over its tenure has released three albums, won a Grammy award in 2006 for Best Remixed Recording, Non-Classical (Curtis Mayfield, 'Superfly (Louie Vega EOL Mix'), and performed for a globally-televised audience during the 2007 Superbowl pre-game show. E.O.L. Soulfrito's name is a play on the popular Latin-Caribbean seasoning sofrito, which serves as a nod to Vega's own Puerto Rican heritage. Earlier this year, the band played their first show at Gramps in Wynwood, Miami during Miami Music Week. 'Upright Love' embodies the organic energy of E.O.L. Soulfrito's live performances. With a runtime of more than ten and a half minutes, it's a steady groover that slowly blossoms into a blissful symphony of sprightly chords, jazzy bass, crisp percussion, pattering tambourine courtesy of Kat Ayala, and Cindy Mizelle's vocal ad-lib serenades. Easygoing yet refined, the single plays out like a summer afternoon jam session between Vega and his friends: Axel Tosca on fender rhodes & synth upright bass; Josh Milan on synth jazz guitar & synth Percussion. Start swaying those hips and let the rhythm carry you into the sunset. "I wanted to create a more condensed band, since the Elements Of Life band has ten members; it's always been a little difficult to do smaller venues. I also wanted to create music inspired by groups and artists like War, Cymande, Johnny Hammond, and Herbie Hancock's Headhunters, but with the Vega E.O.L. twist and style. I then created E.O.L. Soulfrito with my studio musicians and rhythm section of Elements Of Life and Nuyorican Soul. I want to take this band and perform in festivals and venues like The Blue Note, Jazz Café, Ronnie Scots, and BB Kings. E.O.L. Soulfrito will bring you future grooves with a tinge of the musical landscape from our rich past, and yes, there will be experimentation—get ready for it.' 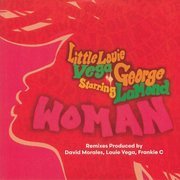 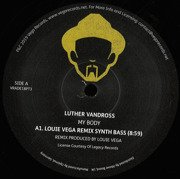 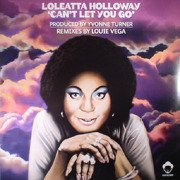 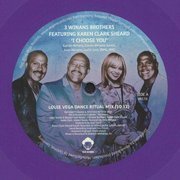 I Choose You (Purple Vinyl) 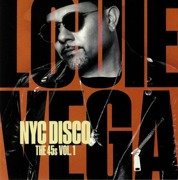 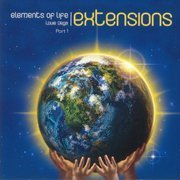