MR. STATIK With previous contributions from Joe Claussell, Move D, Mr. Ties, Reagenz, Discrete Circuit and their very own AWAY Soundsystem, the Berlin label AWAY achieved a great deal of attention since its first release back in 2015. After having played at their infamous party series before, the Greek all-rounder Mr. Statik now also debuts as a producer on AWAY. As emphasized with releases on such labels as BPitch Control, Amam, or Rotary Cocktail, the resident of Athen's club Six D.O.G.S draws inspiration from pop culture like science-fiction movies as well as comic books, also reflected in his 'Rogue Cherub EP". INFO ROGUE CHERUB EP It's an open secret that Mr. Statik has a strong penchant for working with vocalists, and the title track is no different. Starting off with an ingenious medley assembled through samples, rhythmic elements, and a funk-infused bass-line, 'Rogue Cherub EP' highlights the Greek's unordinary approach on house music. Despite the partly broken, partly playful vibe it's Dave Aju's distinctive voice holding everything together in a serene fashion. No less than the acknowledged master Matthew Herbert himself scales the hybrid down, attaching just the right disco-house touches to create yet another dance floor gem. 'Morning Star' on the flipside tops off AWAY's fifth catalogue number by a well-crafted techno-meets-dub workout unfolding Mr. Statik's versatile core strengths as a producer. 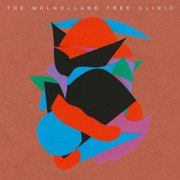 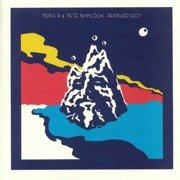