Tunnelvisions (Raynor de Groot and Emiel van den Dungen) originated from a shared vision of contemporary club music. They believe that the club scene - that is often focusing on a colder, abstract high-tempo sound - needs to go back to a more organic approach. It's one of the goals of their newly created Tunnelvisions project: We aim to bring back the fun to the dance floor again'.This vision brought the two musicians together - through hypnotic, exotic and grooving productions they tend to offer something new. In the studio, Tunnelvisions combines elements from South American, Caribbean and African sounds. With a background in house, techno and pop, they created a nine track LP that takes you to different places in the world. Each track title is based on a river or desert. 'Guava', for example, is a Jamaican river: This song is a sort of naive interpretation of reggae, pop and club music'. Tunnelvisions already performed at the legendary Melt Festival, Georgie's Wundergarten and various festivals in the southern parts of The Netherlands, the place where Emiel and Raynor are currently based. November sees the release of their debut LP 'Midnight Voyage' through Atomnation, an album that already found support by Aera, &Me, John Digweed and Anthony Fantao. 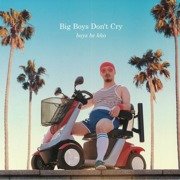